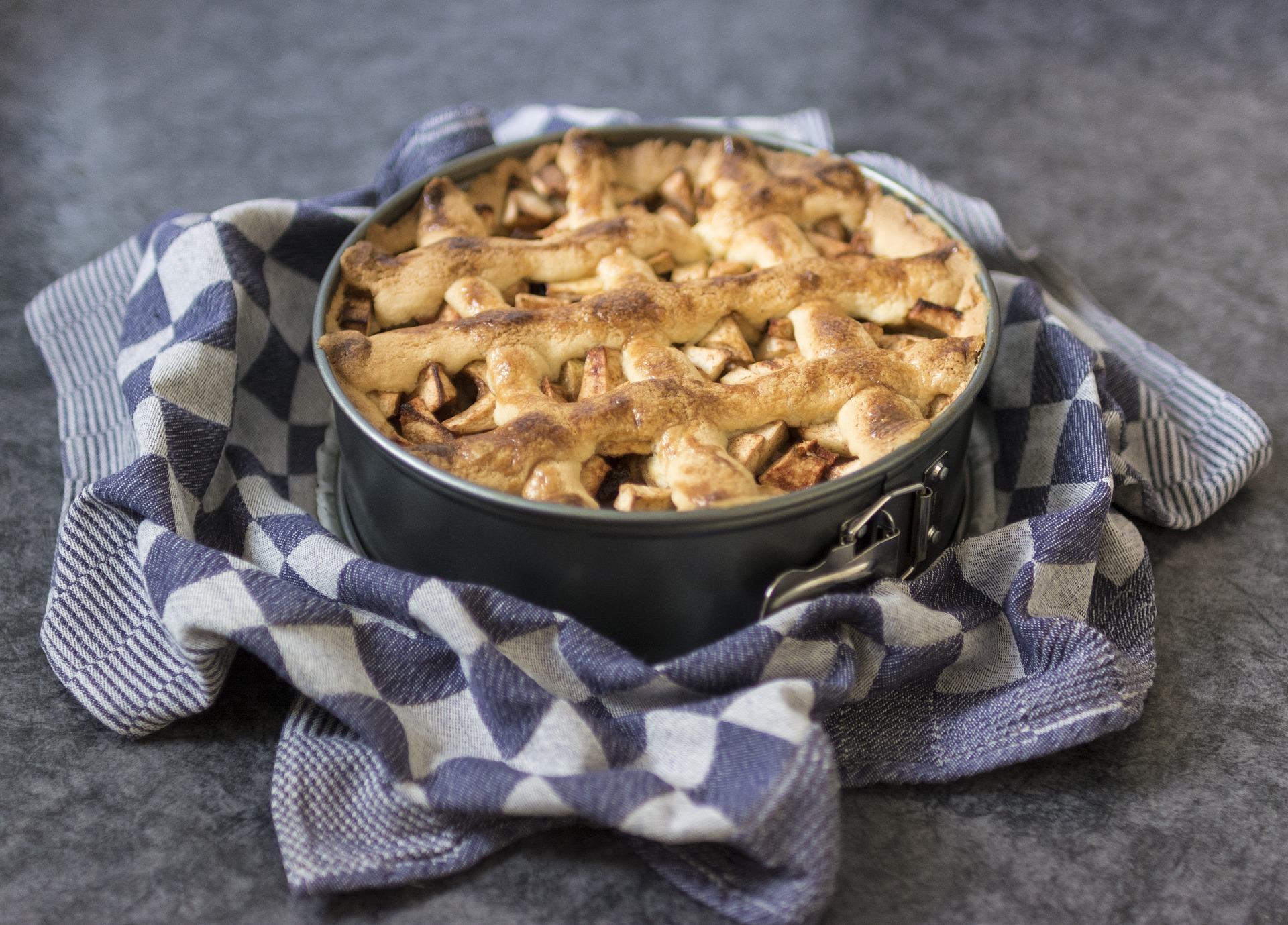 Blend all ingredients together and use to top pie.

This mashed potato recipe certainly isn’t low fat, but definitely delicious. In our house it’s reserved for holidays only 🙂

Place potatoes in large saucepan and cover with water, add a little salt and peeled whole garlic cloves if using. Bring to a boil and cook over medium or high heat for approximately 15 to 20 minutes or until tender. Drain, discard garlic and return to pan.

Add the milk and beat potatoes with electric mixer until creamy. Gradually add a little of each of the ingredients and keep mixing. Depending on your preference you may want to add a little extra or less sour cream. Season with salt and pepper to taste. Finally add the chopped chives or parsley if using and stir well. Serve immediately.

Note: For roasted garlic potatoes use the same recipe as above but do not add garlic cloves to potatoes while boiling. Instead crush the garlic cloves and sauté for about 1 minute over very low heat in a little olive oil. Add mixture to potatoes once cooked and mix with all other ingredients.

Preheat oven to 350F. Lightly grease a 2 ½ quart baking dish and set aside.

Melt the butter in large skillet over low heat. Add onion and celery and cook for approximately 5 minutes or until tender. Add water, corn, bouillon, paprika, oregano and pepper. Mix well and then add the cornbread and chopped pecans. Stir through the chopped parsley and spoon mixture into baking dish. Cover with foil and bake for approximately 30 minutes.

Place the mushroom soup, milk and pepper in a 1 1/2-quart casserole dish. Stir in beans and 2/3 cup of the fried onions. Reserve the rest for later. Bake for about 20 to 25 minutes at 350F. Then top with the remaining 2/3 cup fried onions and bake about 5 more minutes, until onions are lightly browned.

4 fresh yams
¼ cup butter
½ cup orange juice
Zest of one small orange (grated orange peel)
Orange slices (optional)
¼ cup brown sugar
½ bag miniature marshmallows
Directions:
Boil the yams with their peel on until tender. Let cool and remove peel. Cut each yam into about four to five pieces and arrange in large baking dish. Pour orange juice over yams and the orange zest. Sprinkle with brown sugar and dot with butter. Top with marshmallows and place orange slices on top if desired.
Bake for approximately 20 to 25 minutes at 350F until marshmallows melt.

There are times when a ready pie dish will do but Thanksgiving is special so why not try making your own pie crust… it’s not as difficult as you may think.

Makes 1 9-inch pie crust
Directions:
Combine flour and salt in a large bowl. Add the butter cubes and blend with a fork or your fingers until mixture is well blended. Gradually add the water, 1 tablespoon at a time, mixing the dough gently after each addition. Once dough is well blended shape into a large ball, wrap in cling film and place in refrigerator for approximately 20 to 30 minutes.
Remove the dough from fridge and placed onto a floured surface. Using a rolling pin roll dough to form a 10 to 11 inch circle. Line a 9 inch pie pan with dough and chill until ready to use. Reserve remaining dough to top pie crust.

If possible, the previous night, or at least one hour before cooking, prepare your turkey. Remove any giblets and rise well (inside and out) with cold water, then pat dry with paper towels. Generously rub turkey with olive oil and sprinkle with salt and pepper. Cover and place back in refrigerator until time to cook.

To roast the chestnuts, cut an X on the flat side of each chestnut and bake 15 to 20 minutes at 375F oven. Let cool for 10 minutes and then peel and chop.

Do not turn oven off as it will need to be preheated for cooking the turkey.

In a large pot over low heat, heat the olive oil then add onions and celery. Saute for about 3 minutes or until soft. Stir in crushed garlic, sage, rosemary, thyme and apple and sauté for a further 3 to 5 minutes. Remove from heat and stir in egg, then add chestnuts and bread. Toss mixture well. Stir in warm broth and season with salt and pepper. Set aside to cool.

Remove turkey from fridge and loosely stuff the neck cavity with chestnut stuffing, fold the skin under and secure in place with a toothpick. Then loosely stuff the main cavity, making sure to leave room for expansion and the air to flow through.

Then prepare your roasting pan. Use a large roasting pan and at the bottom add two roughly chopped carrots, onion and celery. Place the rack over the vegetables. Now place your turkey, breast side up, on the rack. Drizzle with melted butter.

Bake, uncovered, at 375F for the first 30 minutes, then baste and reduce oven temperature to 325F. Continue basting turkey every 25 to 30 minutes. The cooking time should be approximately 20 minutes per pound of turkey, which would be about 3.5 hours for a 10b turkey. To check if the turkey is cooked pierce the thigh bone, juices should run clear without any pink. Also use a meat thermometer on the thickest part of the thigh. The temperature should show 180F. Turkey should be golden and crispy on the outside too.

Remove the turkey from roasting tray and reserve juices for gravy.

Tip: For extra added safety, I like to remove the stuffing from turkey once turkey is cooked and bake on a separate dish for approximately 10 extra minutes.

Mash the vegetables in the roasting tray, then push all ingredients through a sieve. Discard any remaining vegetables or fat. Place the sieved liquid in a saucepan and simmer over low heat. If you don’t have enough liquid then add 1 cup or more (depending on how much gravy you need) of chicken stock; You can also add a couple of tablespoons of butter.

In a small bowl add two tablespoons of corn flour and mix with cold water (about ½ cup) until all lumps dissolve. Slowly add a little of this mixture (tablespoon by tablespoon) to the saucepan, stirring well after each addition and allowing time for gravy to thicken. Keep adding corn flour/water mixture until gravy thickens.

Tip: You can also add a couple of tablespoons of red wine to the gravy or Madeira for a richer taste. The alcohol will dissolve during the cooking process and children will be able to have the gravy.